So You Want To Be A Writer by Charles Bukowski

So what is it about it that I liked so much? It's kinda depressing. It knocked me around a bit, because just like everyone else, I am insecure about my writing. But what I took from it was the "purity" that it expresses. I guess it warmed my feeling that songs should come out, and not be "made". That they come from somewhere outside ourselves, form themselves in us and we are a conduit to let them out...

At the time I read it, I was working with quite a few pop writers where music was very formulated and there were set patterns to adhere to, and I guess I was rebelling against that too.

But I found it inspiring to know that I did need to do it. I don't have a choice, I have to write.

Since then I have been discussing these idea with lots of other writers, and Pete Cunnah, a great writer and producer typed up his rebuttal to this Bukowski poem. It's the truth. We do all struggle, fight with the muse sometimes. But I want it to happen "naturally". I don't want to force it. I don't want to have to work at it. Maybe I am lazy?

So many questions!! But that is the path of a writer. There are no answers, only questions.

So take a read of this poem, take on board what you will, and then check out the counter argument from my good friend Pete Cunnah (a very fine songwriter and teacher at ICMP).

so you want to be a writer? by Charles Bukowski

if you first have to read it to your wife
or your girlfriend or your boyfriend
or your parents or to anybody at all,
you're not ready.

the libraries of the world have
yawned themselves to sleep
over your kind.
don't add to that.
don't do it.

unless it comes out of
your soul like a rocket,
unless being still would
drive you to madness or
suicide or murder,
don't do it.

unless the sun inside you is
burning your gut,
don't do it.

when it is truly time,
and if you have been chosen,
it will do it by
itself and it will keep on doing it
until you die or it dies in you.

there is no other way.

and there never was. 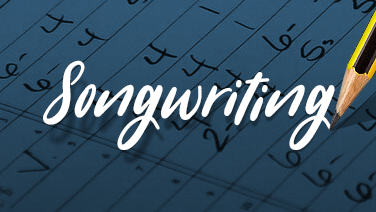