Baby Finger, baby finger, where are you?

About two weeks ago I had a shocking accident… I pulled down on a newly fitted removable tow bar to check I had pushed it in correctly, and I hadn’t. So out it came and crashed onto my little finger waiting directly beneath it on the concrete. Ouch was not the only word I used to describe the pain, but all told it seems I’ve gotten off pretty lightly, it still hurts to play at times, but I was worried I might have shattered the bones in it. Ok sympathy seeker, so why are you putting your little sob story in your column then?

This injury has really got me thinking again about the ‘right fingers’ for the right things and why so many great players seem to hardly use their little finger. I’ve noticed over the last couple of weeks that I use my pinky a lot less than I would have thought (mainly due to the shooting pain each time I pressed it down!) and I’ve become aware of the ways I use it and when I don’t.

In my early days of playing (and teaching) I was very concerned with the ‘right way’ to play every note and tried (often in vain) to figure out why so many great players did stuff ‘wrong’. I’d see Keith Richard slide a 6th string root chord up the neck and ask myself “why they didn’t just move down a string to a root 5 when it’s so much closer?”. I’d see Clapton playing like he didn’t even have a little finger and then saw Robben Ford live playing with his 3rd finger laying on top of his little finger – huh?

Now I’m not suggesting at all that you should stop using your little finger, although at times it might read like I am. To be a well-rounded player, you’re going to need it – but you might need it less than you think… or more – depending on where you’re at! This kind of thing is great food for thought for us all, there’s no right or wrong here, but do yourself a favour and wrap your grey matter around it a while.

So what are some good reasons why you SHOULDN’T use your little finger?

2.    String bending is easier using Finger 3 for most people, so if you’re doing a lot of blues or blues rock, then you’ll likely find yourself using Finger 3 rather than Finger 4 for pentatonic based licks.

3.    If your pinky is very weak, you’re likely to find it easier to use your 3rd finger. But if you never use it, then it’ll never get strong, right? Chicken or the egg? Well biologically the little finger is probably weaker before you started on guitar and most people find it tricky to move their little finger independently (likely because the Ulnar nerve goes to both 3rd and 4th fingers!).

For sure, you can develop the strength and agility of your little finger, but is it not better to play to your strengths? Use the things you’re good at? Music is art and expression, so surely, it’s best to do it the way it comes naturally to you because it will be a true expression?

But what if the musical idea you hear in your musical mind requires great little finger dexterity for you to be able to express it on the guitar? Should you then spend the time to develop it? Should you develop it before this great musical epiphany, so you’re ready to express it when it strikes? What if it never strikes and you wasted all that time on boring pinky development exercises when you could have been making music you enjoyed?

When playing many chords, you will need to use your pinky; there will be no other options. That said I’ve seen students in workshops regularly try to avoid using the little finger at all – even in the most obviously ‘essential’ circumstance.

What should you do if your little finger is weak and slow and never does what it’s told? It’s something I get asked about pretty regularly, and there’s not one answer – but if you notice a recurring problem where you’d like to play something, but your little finger just won’t work right – then you need to work on it. But which exercise is best?

I think the best exercise for almost anything is the circumstance in which you want to use it. There is an infinite number of books with exercises for this and that – but unless you’re at the highest level, then I think the best exercise is doing the thing you want to do. Play the song you want to play, learn the solo you want to learn and if it involves the little finger then practice it until you get it right and working well… or find an alternative and try it that way – and perhaps stumble on your own style. Like I said there are no answers here, only questions and one bit of advice. Be very careful when playing with tow bars! Happy trails y’all. 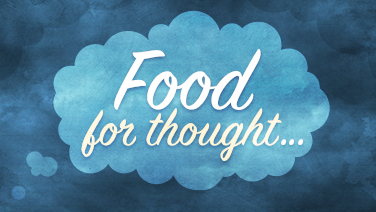 How To Sing And Play At The Same Time
Profiling me?
Maths Sequences In Music
Just One More
The Blues Alphabets
Baby Finger, baby finger, where are you?
The Beauty In Dissonance (part 2)
Beauty In Dissonance
Just Do It
Pick n Mix
Manipulation vs Memorization
Making The Blues Changes
Chicken In The Corn
Making Music History Maps
Time Training
It’s all about rhythm?
Give Me Convenience?
Altered Tuning Fun (Part 2)
Altered Tuning Fun (Part 1)
Guitar ClickBait
Searching For The Perfect Comp
Six Tools To Rekindle The Love
Shaking Off The Nerves
Is My Technique Good?
Developing The Fretboard In Your Mind
Things I’d Tell My Teenage Self
Using Piano To Expand Guitar Horizons
Play Piano In 15 Minutes
The Same Old Tired Licks
My One And Only
Conceptual Explorations
Mindful Listening
5 Minute Miracles
Unlock Neck With Step Up On The B
Playing What You Hear
Do You Feel It?
What You Can’t Do?
The Holistic Practice Routine