So even though there is a kinda set "12 Bar" chord sequence, there are many variations of it that are commonly used. Most times songs will stick to a certain sequence that works best with the vibe or melody, so it's worth knowing the most common variations.

Here is the Blues in D Backing track for you to practice with! You'll probably want to use the chart below to make sure you are getting the correct variations - we're using a "Quick Change", a "I-IV Climb" and a Turnaround ending (more on these in a later lesson!).

There are many variations and of course we've only used a few here for the backing track or it would have just sounded silly! So just to run through the ones looked at in the video:

And there are some others not covered in the lesson too, which include: 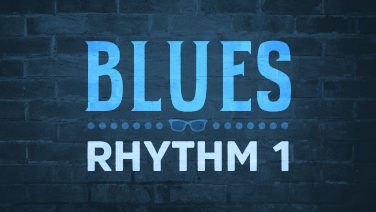